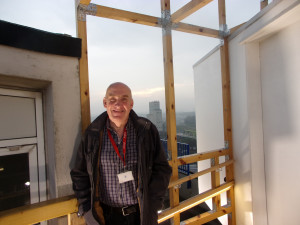 After 40 years of driving east into the city each morning I finally have an opportunity to study the sunrise rather than shade my eyes from it.  Despite the unpromising weather forecast I was greeted with a display of pinks, reds and violets until the first sign of the new day appeared.

To watch it slowly rise, or the earth slowly move was a peaceful and interesting experience.  To watch it slowly emerge and then be gradually subsumed by the clouds was, however, as absorbing.  To watch the ever-changing skyline and colours completely absorbed me for an hour, so much so I forgot to look for the landmarks I know, though I saw here an opportunity to compare the red orb with the golden ball recently replaced in the Guildhall roof. 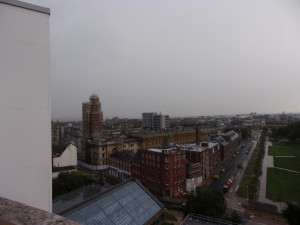