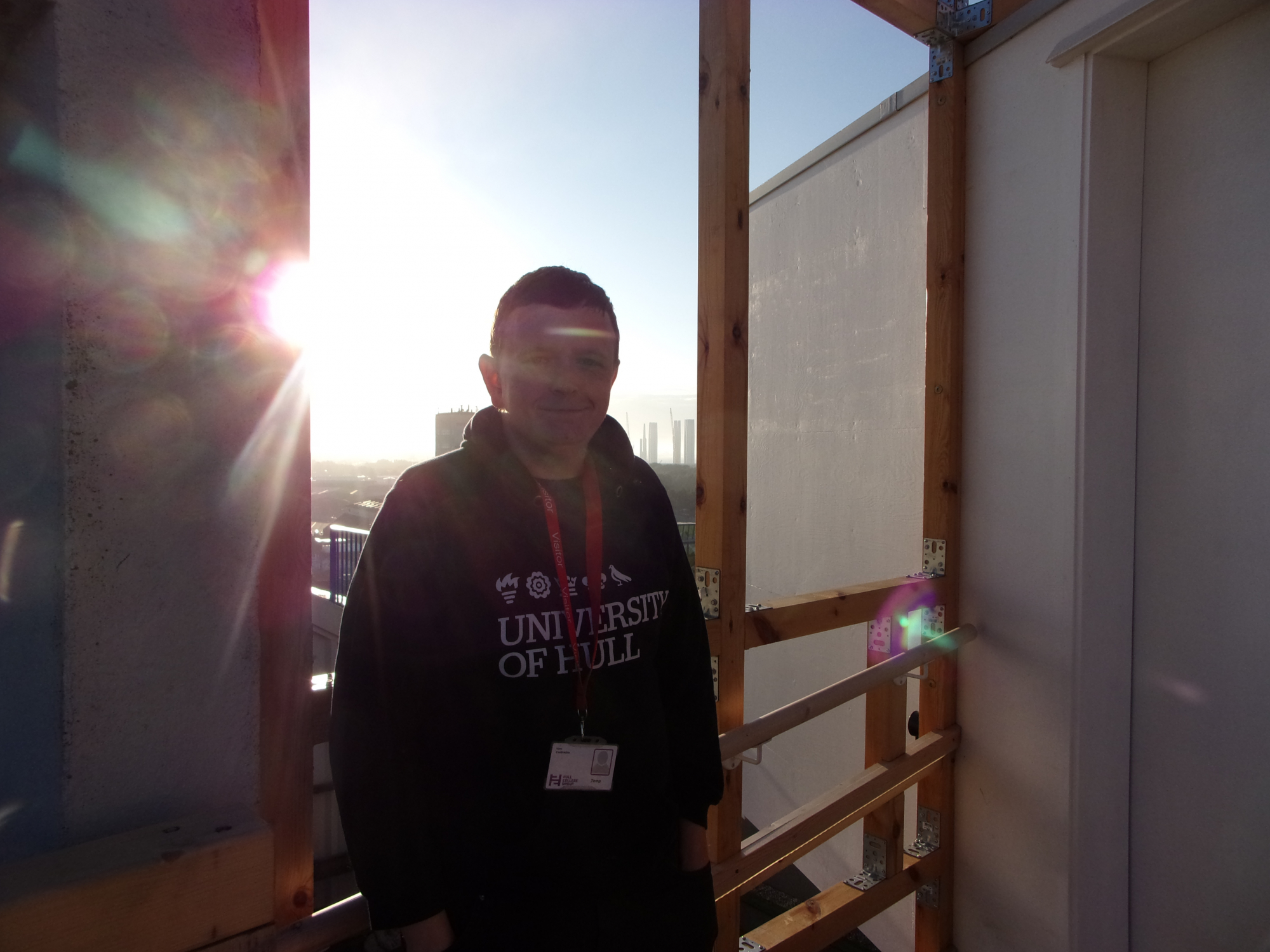 Nature is unpredictable, that’s what makes it so organically beautiful.  During my Vigil, the viewing booth was overtly covered with condensation on the outside.  This meant there was no clear view of the City.  However, I wasn’t going to let that stop me.  There were drizzles of clear on the glass.  I have to squeeze my eye into the corners just to get a glimpse of the morning.  It made it quite interesting only being able to see segments of the City – half of buildings – the corner of a sun.

I was lucky enough to get to experience the second half of the Vigil outside.  This let me see a clearer picture of the sunrise and could study the rhythm of the City much better.

The East of the City was glowing, a sun lighting the mesmerising silhouettes.  The West of the City was more dull and without much natural light.  I always thought East Hull was the least visually pleasing part of Hull – this really proved me wrong.

It was fascinating watching people move about the City – in cars – or path and even the birds and how they congregate around buildings I’ve never noticed before.

I saw a woman and her child looking out to the water from a bridge – then I realised it was actually two bits of piping that looked like the shape of two people – the pipes were ugly in reality but the story they told in the sunrise was very beautiful.

It made me want to write poetry, throw paint at a canvas and just feel without judgement or restraint.

I feel I was really lucky seeing inside and outside the booth.

An incredible experience and one I will never forget.