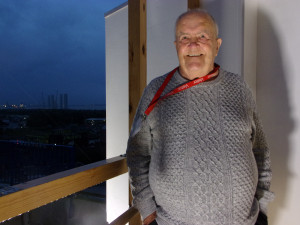 It was quite an interesting hour weather-wise.  Clear both East and West.  Rain started moving in West until you couldn’t see the Humber and you could barely see Thornton Street flats, HRI or its chimney.  East, clear to the horizon including lights along Humber.  Twenty minutes later East was obscured almost to Siemens wind turbines.  West had cleared to the horizon and the Humber Bridge was crystal clear.  It was crystal clear West about 15 minutes after that. 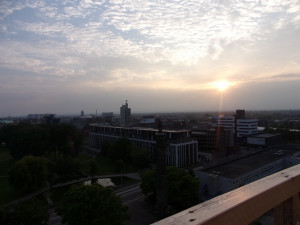