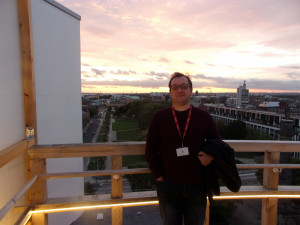 When I first applied for a place on the Vigil, I wasn’t entirely sure what I was getting into.  I thought it would at least be a nice picture.  Of course, cameras were not possible but I did get to look out over the city – like an East Yorkshire Batman without the tights.

After a small spell of boredom, due to the way we are constantly occupied these days with our phones and so on, things settled down.  You can see surprisingly far, viewing what feels like the whole city (except the bits where the side of the box was).  Looking down on the rooftops, the vehicles, the people; it gave a different perspective on things.  Sometimes it looked like any other city, other times it could be no other city.  I saw many familiar haunts from high and also into the past and what those haunts used to be.

We don’t spend enough time stopping and reflecting like this now we all have the internet in our pockets.  We really should.

I’m also pleased to report there were no major incidents on my watch: you’re welcome, Hull. 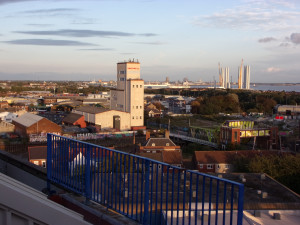